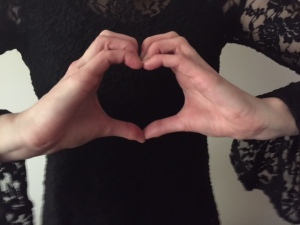 The men of the Man Cave are actually quite different despite their obvious physical resemblance. My sons look so much like my husband, we should have just cloned him … and I could’ve skipped labor.

My youngest is chatty and cheeky. The other day he walked past me — music blaring from the cell phone in his pocket.

“Where’s that music coming from?” I asked.

“I’m just epic,” he said. “Like Darth Vader. I just walk into a room and music starts playing!”

My oldest is more serious — feet firmly planted in the world of teenager-hood. He answers most of my questions with a grunt and greets my jokes with a two syllable version of Mom. Imagine “Maahh-uum,” complete with eye roll.

He’s at the age of having to prove he’s an adult. That he doesn’t need Mom’s undivided attention or help. Which is why I was surprised when he frantically called me, waking me up from a dead sleep on my day off.

“Maahh-uum, I waited for the bus and it didn’t come. Please, I need a ride to school! Meet me by the car.”

I vaguely remember groping for my glasses, jamming my bare feet into boots and pulling a coat over PJ’s.

“It’s test day. The buses must be on a different schedule,” he said as I drove him to school.

“I don’t think I’m going to do well on this test.”

“Just do your best. If you’re really struggling, let me know. We can talk with your teacher and get you some extra help.”

“I REALLY need help on my American Sign Language class. My teacher is signing so fast this year, I don’t always catch what she’s signing. It’s like when someone’s speaking a foreign language and they’re talking real fast.”

“Can you take notes while she’s signing?”

“What am I supposed to do? Draw pictures of HANDS?!?”

I drop him off at school with a hug that says, it’ll be OK — and even if it isn’t we’ll figure out. I’ve got your back. And I realize even this young man who is taller than I am and working so hard to be independent, still needs me … at least once in a while. As he shuts the car door he smiles and says, “Love you, Mom.” Mom. With one syllable. 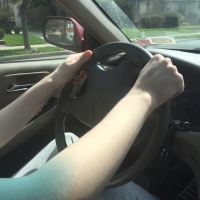 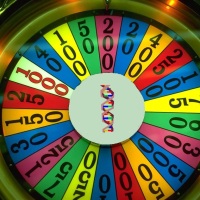 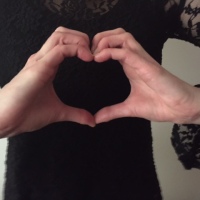